After searching "punk rock Christmas" on YouTube and being overwhelmed with New Found Glory and other mall punk bee-ess, we've decided to amass a holiday playlist of the utmost radness. We present 41 genuine punk rock tracks to shake a leg around the Christmas tree, menorah, kinara, or Festivus pole (after the feats of strength, of course)!
Cheers and Happy Holla-daze from The Black and Blue Press!
Posted by D. Wolak at 10:26 AM No comments:

Against Me!'s singer, Laura Jane Grace, was cool enough to put on a free show at Chicago's Reckless Records' Milwaukee Ave. location. The venue was intimate; the songs were new and old, the show lasted about an hour and she rocked the shit out of everyone who attended. The Black and Blue Press was there...

The playlist below includes 10 of the 13 songs performed. 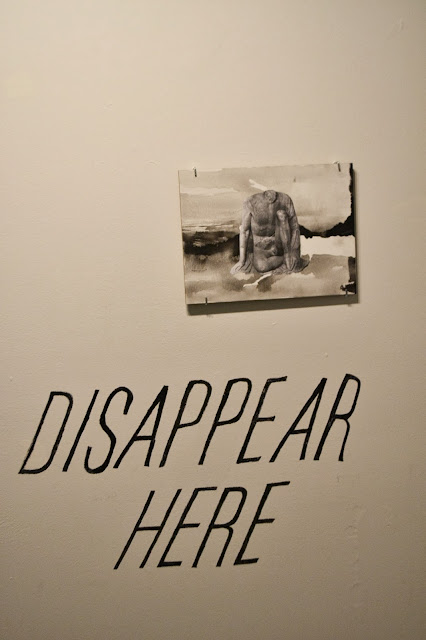 The other night, I went and checked out Disappear Here: a collaboration by the Alkaline Trio dude and the wife of Against Me!'s lead singer. I wasn't really impressed. All of the pieces looked like Xeroxes of textbook pictures of old relics and ruins with little stencils of some branch spray-painted  on. What's more? They wanted $250 a pop for the aforementioned. Anyhoo, maybe I'm just a negative Nancy and hater of really rad art. Who knows? So here's what their Facebox event page says:

"Johalla Projects is pleased to announce Disappear Here, an exhibition of new work from artist Heather Gabel, in collaboration with longtime friend and Alkaline Trio front man Matt Skiba. The exhibition will feature mixed media collage and painting, as well as a short film produced and directed by Gabel and scored by Skiba.""The pair's work, like their friendship, is divinely cohesive and seemingly created in tandem when, in actuality, the two live thousands of miles apart. Skiba's contribution to the works on paper is reactionary to the mystical pretense of Gabel's illusory imagery, while his accompaniment to the film is inspired solely by his internal deconstruction of a single photographic environment that transcends both space and time. In this sense, the resulting works are reflective and serene.""Disappear Here endeavors to exile the viewer to a meditative place of solitude that hangs heavy with a duality that is at once alienating and self-affirming. The pieces represent the genesis, completion, and infinite nature of a past, a present, and a future in full command of the power to continually re-manifest itself. The result is deliberate, impenetrable – a fortress of the self, strengthened by the alchemies of birth and death."
-https://www.facebook.com/events/532428566877431/ 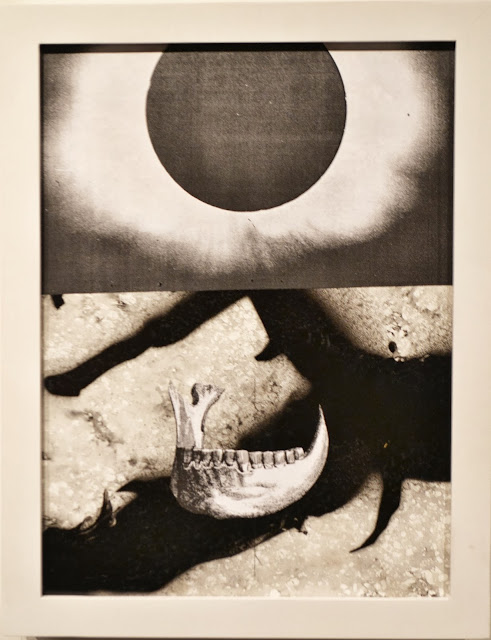 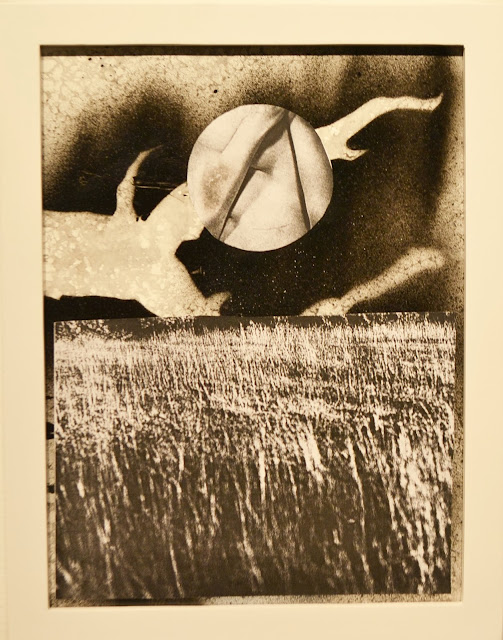 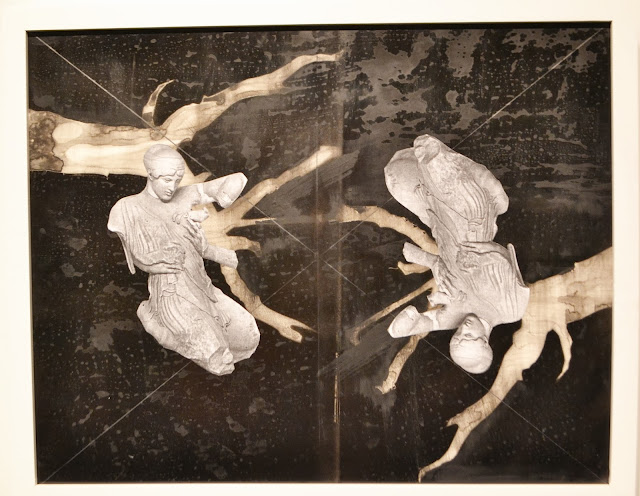 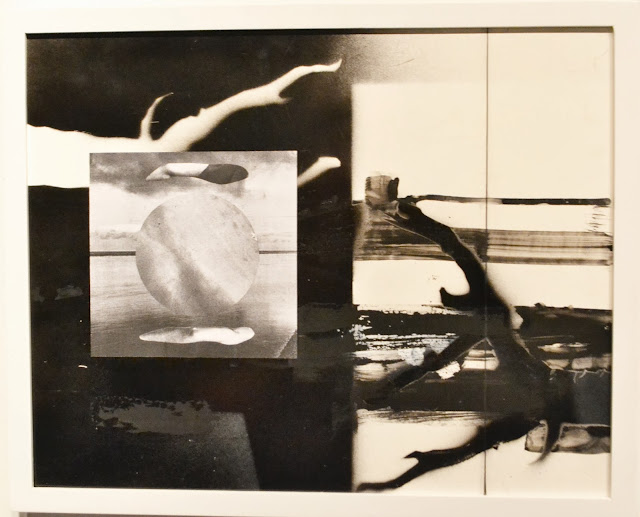 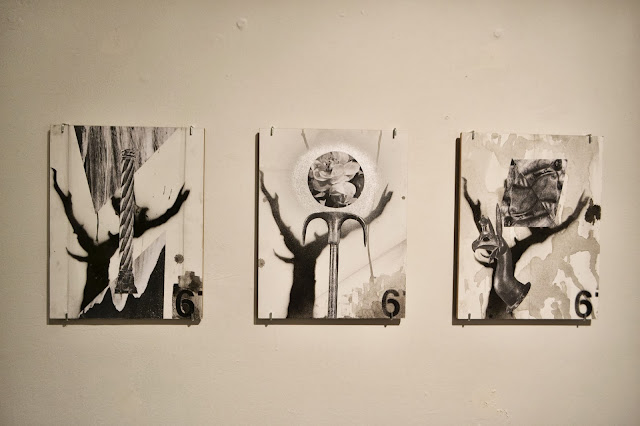 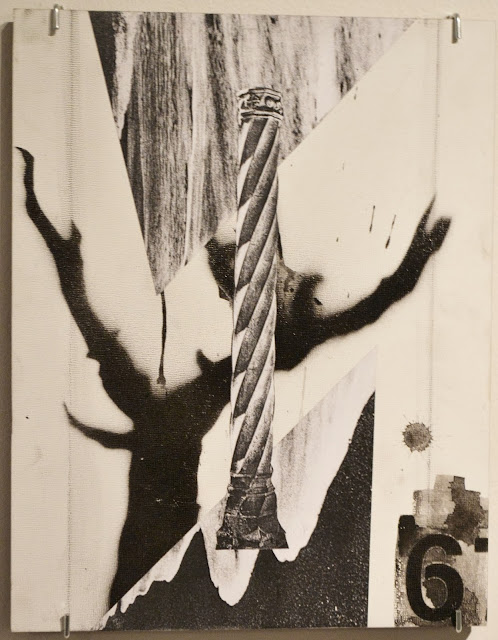 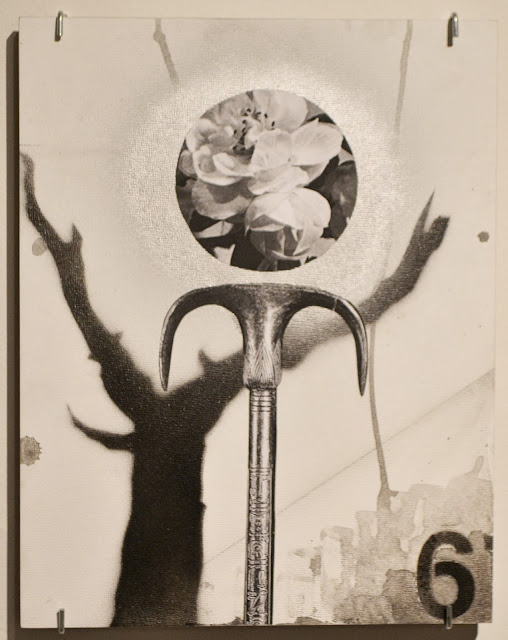 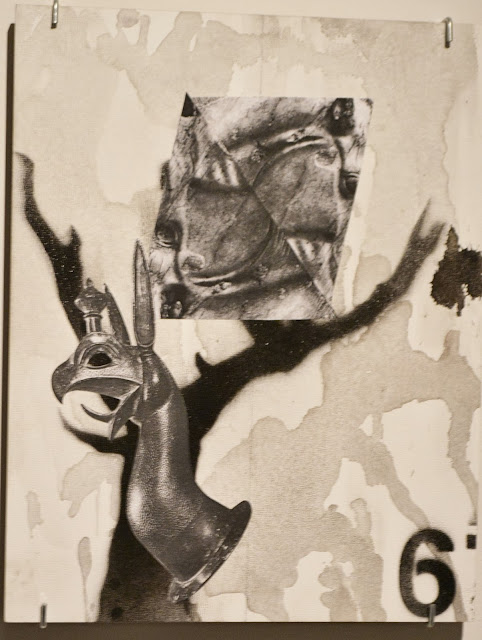 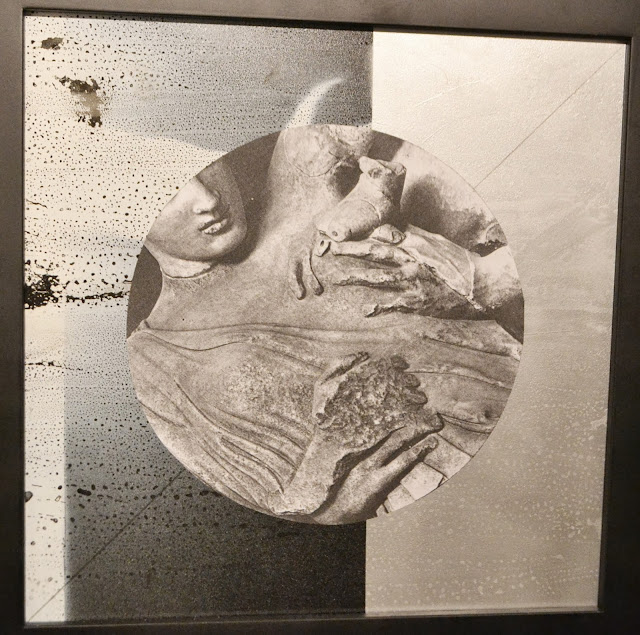 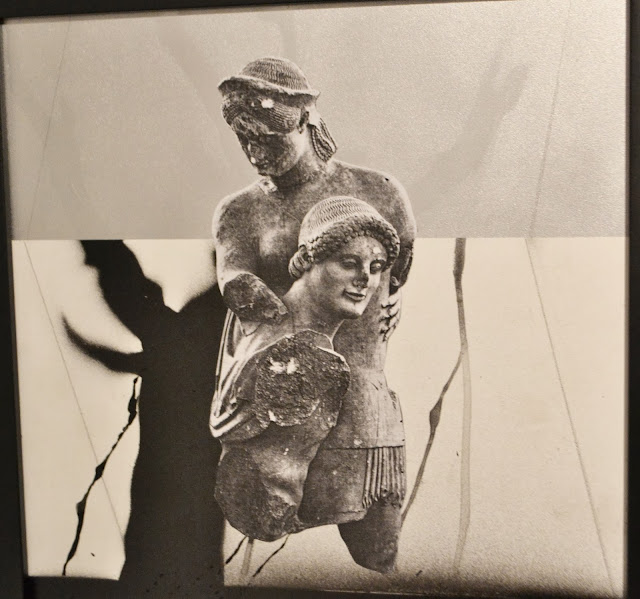 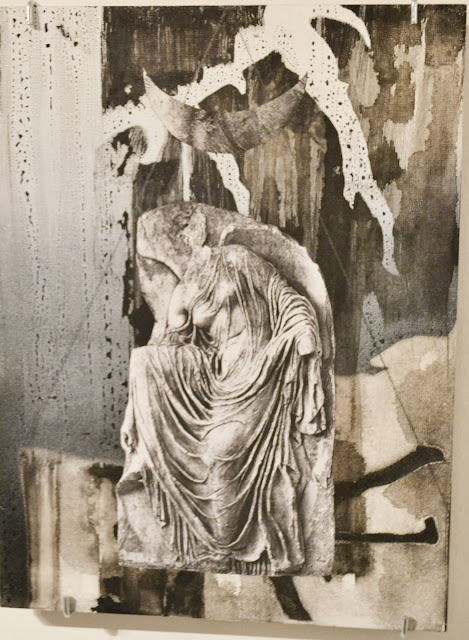 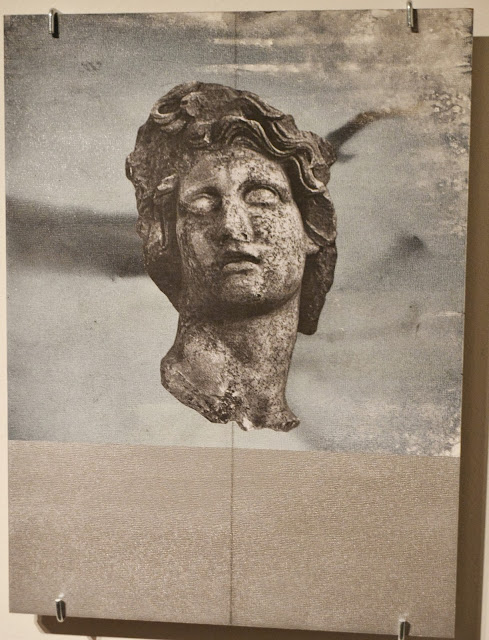 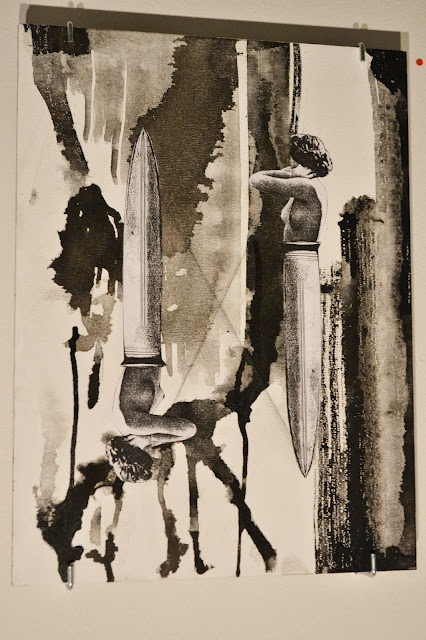 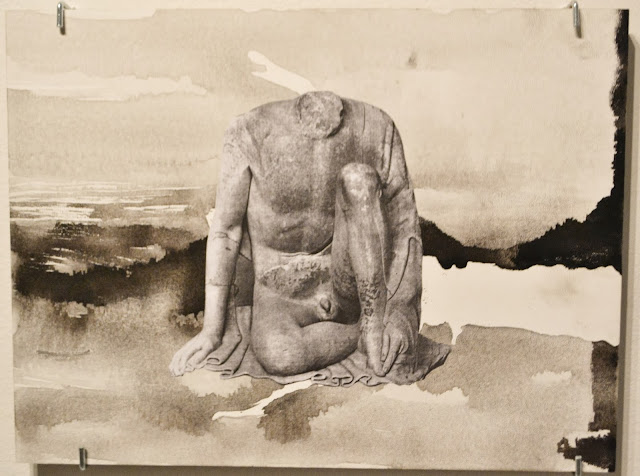 Casey Royer and crew swung by Reggie's Chicago on their last tour across the 'States. Of course the Black & Blue Press was there...

We caught a rad (and free) Teenage Bottlerocket set at a recent taping of a forthcoming JBTV episode. Scope out the vids we shot!

We caught up with Miguel and Kody  from Teenage Bottlerocket along with  TOBIAS JEG at a recent taping for a forthcoming JBTV episode. Among other topics, we touched on some of their Favorite Halloween music and movies. Check out the videos to see all the wacky hijinks that ensued. 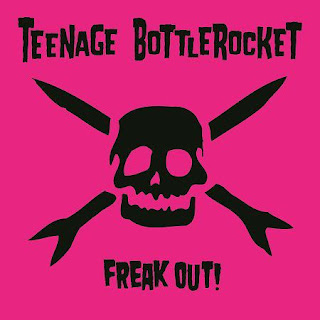 This year's Riot Fest was, well, a Riot! Actually maybe it more resembled a three-ringed circus, as there were clowns, freakshows, randomly roving  and scantily clad marching bands, professional wrasslin', carnival rides (and of course that means carnies). Add to that 50+ punk (or punkish) bands that played on (something like) 8 different stages, factor in the copious amounts of booze and its not hard to imagine the rock'n'roll weekend that ensued.

Our livers are on the decline, so we opted for "Riot Fest Light" package, skipping the after-parties and just attending the Saturday and Sunday Humboldt Park shows. Click the read more button and check out a slideshow of all the crazy shit that went down including shots of NOFX, Teenage Bottlerocket, GWAR, Hot Water Music, Gaslight Anthem, Elvis Costello, Fishbone, The Adicts, along with an intensely pissed off Honkey Tonk Man and Tito Santana ! 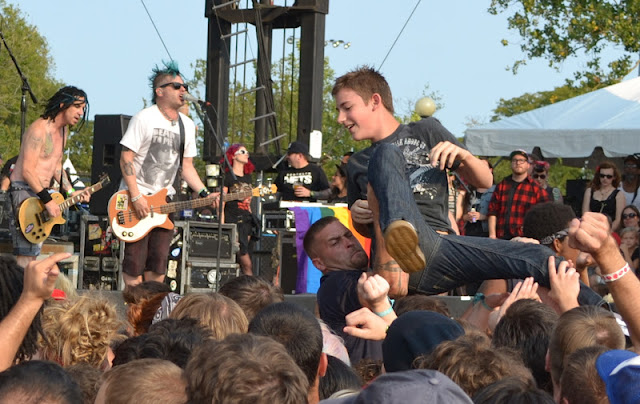 Ben Weasel at Odds with Documentarians

Whether fair or not, Ben Weasel has never been known as one to "go with the flow" and over time has earned a reputation as being somewhat of a jerk. First, it was the quarrels with bandmates (many of them). Over the years, disagreements and creative differences turned his band, Screeching Weasel, into a tilt-a-whirl of  a rotating cast that continues to this day. There have also been the occasional flair ups with people outside of his band, usually purveyed through Mr. Weasel's writings. Then there was the chick that threw ice and spat at him during one of his shows. What followed (him punching her in the grill) has come to be known as the "infamous SXSW Incident". Now, it seems he has beef with the very people interested in producing a Screeching Weasel documentary. It's hard to say exactly what went on between the two parties but what is certain is that Ben has severed ties with the makers of the film, tentatively titled What We Hate. What follows are excerpts of their ensuing Facebook spat. 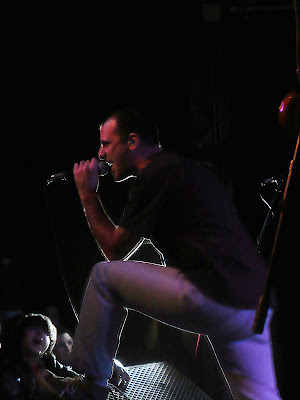 Click here to READ MORE
Posted by D. Wolak at 12:02 PM No comments:

Old punks don't die, they just hold Q&A sessions. Check out this very recent and uber-interesting one with punk icon Ian Mackaye, where (among other things) he chats about illegal downloading, his first punk show, misinterpretation of Minor Threat lyrics, the straightedge scene, keyboards and doing the wave at a Redskins game.